Abstract: Extending from the work of classic political economic and critical race theorists, this workshop
questions whether a reclassification of schools from an Althusserian view of them as Ideological
State Apparatuses to largely Repressive State Apparatuses is warranted, given the form and
effects of their infrastructure of social control on Black high school students. In this
demonstration, the infrastructure of social control includes searches, technological surveillance,
suspensions, security procedures, and their association with academic outcomes and college
enrollment. While the critical theoretical framework is of importance, this workshop highlights
how the aforementioned critical lens is informed differently by methods that vary in their
attempts to minimize selection bias. We address selection bias by using ELS data and machine
learning-estimated propensity score weights to adjust for non-random selection into high or low
surveillance school treatments. We next run a series of multi-level model specifications to
demonstrate how the estimated effect of surveillance on the outcomes of Black girls and Black
boys differ when selection effects are minimized. In sum, we demonstrate that, 1) with an
enhanced infrastructure of surveillance in place, Black students are more likely to be suspended
even when controlling for levels of school social disorder and student misbehavior, and 2) in
counterfactual models where surveillance, social disorder, and suspensions are considered, Black
girls are more likely to enroll in college than other high school students. The workshop ends with
a conversation about the potential of critical QCM in analyses of systemic racial marginalization
and the implications for policies, such as restorative justice and practice. 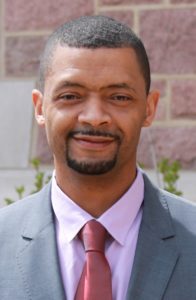 Biography:
Odis Johnson, Jr., PhD (he/him) is a Bloomberg Distinguished Professor at Johns Hopkins University, where he has faculty appointments in the Department of Health Policy and Management at the Bloomberg School of Public Health, the School of Education as Executive Director of the Center for Safe and Healthy Schools, and in the Department of Sociology at the Krieger School of Arts and Sciences. He also directs the Institute in Critical Quantitative, Computational, and Mixed Methodologies (ICQCM). Odis Johnson previously served as a faculty member at Washington University in St. Louis, and chaired the African American Studies Department at the University of Maryland. His work on the interrelated topics of neighborhoods, social policy, and race have been funded by the National Science Foundation, National Institutes of Health, William T. Grant Foundation, and the Spencer Foundation. Odis Johnson’s work and ideas about social change have been featured in prominent media outlets, including the Oprah Magazine, Christian Science Monitor, CNN, The Washington Post, MSNBC, NPR, Teen Vogue, The Associated Press, Vox, The New Yorker, The New York Times, NBC News, The Chicago Tribune, SiriusXM, and a variety of international and local news outlets.